If you are planning a wedding, you might be interested to find out more about these interesting wedding facts from all over the world.

·         Although there is no law in America which states that a bride has to take her husband’s surname, around 70% of American brides decide to change their name after the ceremony

·         Las Vegas holds the title of being the most popular wedding destination, with more than 100,000 ceremonies being performed there over the course of a year. Hawaii comes in second, where 25,000 weddings are held

·         The most popular month to get married in the USA is June, with the second most popular being August

·      At one time in the UK, a bride was supposed to kiss a chimney sweep on the day of her wedding to ensure good luck. Chimney sweeps were believed to have special powers as they swept away evil spirits when they cleaned chimneys

·      In Greece, there was a belief that putting a lump of sugar in the wedding gown would ensure a sweet married life

·      Traditionally, green is never worn at a Scottish wedding as it is believed to be an omen of revenge and also the colour of the fairies. It is even believed to be unlucky to eat a green vegetable at a wedding reception

·      In some Mediterranean countries, wedding guests are given almonds representing both the sweet and bitter sides of married life

·     In some European countries including Greece and Germany, the bride tries to cover the foot of her new husband while they dance so she can establish her dominance in the relationship

·         In early Roman times, a bride would carry a bunch of herbs under her veil as a symbol of fertility and fidelity as well as to ward off evil spirits. This is now seen as the precursor of today’s bridal bouquet

·         Traditionally, the early Greeks and Romans threw seed-bearing plants, dates and nuts over the wedding couple

·         Weddings guests during ancient times had a tradition of tearing off a part of the bride’s dress as a good luck token. Today, this is manifested in the bride’s throwing of the bouquet and garter

·         We often use the phrase “tying the knot” without knowing that it originates from a Babylonian custom in which a knot was tied in threads from the bride and bridegroom’s clothing as a symbol of their union. Even today, ceremonial knots are often made at wedding ceremonies in some cultures

·         Traditionally, a wedding cake symbolises fertility and luck. Even the ancient Romans had their own wedding cake in the form a small bun which was broken over the bride’s head at the end of the wedding ceremony. In the Medieval period, brides and grooms kissed over small cakes

·         In Medieval Europe, the lord of the manor had an entitlement called the “right of the lord” which legally allowed him to spend the wedding night with any non-noble bride who lived on his land

·         In Old English, the word bridelope was used for a wedding ceremony, translated literally as “bridal run”.

·         There is a belief in Fiji that Nangganangga, the god who watches over married couples will never allow bachelors to enter paradise, turning them into ash if they die before they marry

·         In Thailand, grooms often discover that the entrance to their bride-to-be’s home is barred until he gives her family money in order to gain access. Some Central Asian nomadic tribes have a tradition of the groom pursuing his bride on a horse as she rides away carrying a freshly slaughtered lamb

·         In Korea, a groom may request for a friend who is happily married to make two wooden ducks to keep in his marital home as ducks are thought to mate for life

·         Frequently, an oriental wedding dress will feature embroidered cranes as they are a symbol of enduring fidelity. A a Japanese wedding, having 1001 origami cranes made from white paper is believed to be lucky

·         In Tibet, it is common for women to have multiple husbands. Often a herdsman shares his wife with his half-brothers and brothers

·       In Indian culture, if you are symbolically married to a tree you are considered to be protected and blessed with good luck

·         A Bedouin girl often starts sewing her wedding dress at the age of 9, allowing her to complete it before she marries when she reaches the age of 14 or 15

·         In certain tribes in Ethiopia, women put plates into their lower lip so that they can attract a rich husband. The bigger the lip, the more a groom is prepared to pay 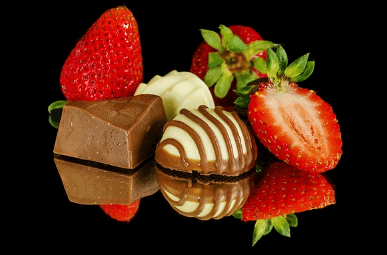